This is a short Pokémon-inspired RPG with a message. Guiding Ret is about training ghosts, battling, and getting badges! Win battles to gain souls, and lose to forfeit them! Run out of souls and you won't respawn. Become the champion.

. The game autosaves at the crossroads

. Tap your trainer to access pause screen and upgrade menu

. Tap a stat to upgrade it, spends all souls to upgrade the stat chosen

. Hold against the item you wish to purchase. BUY HATS!

. If already purchased, hold against the hat to wear it

. After your turn, two buttons appear on the top half of the screen. One is light blue and will heal you if you tap it before it disappears. The other is purple and does extra damage to the enemy if you tap it before it disappears. After a moment the boxes change color and tapping it after that will have a decreased effect. IF YOU WANT THE MOST EFFECTIVE EXTRA DAMAGE OR HEAL, TAP IT AS SOON AS IT APPEARS!

. Tap a move to use it, costs 1 energy for that move

. You can only use Triple Art once per battle, and you must use attack, heal, and counter (in any order) without repeating any of them to charge the move.

. You always spend all available souls when upgrading a stat.

. Losing battles, however, causes you to lose all souls you've previously gathered and haven't spent yet.

. If you lose a battle and don't have any souls saved, it's game over.

. All achievements earned are visible at the end of the game. 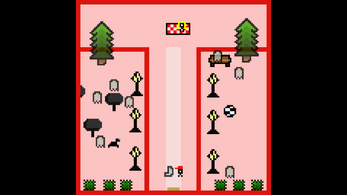 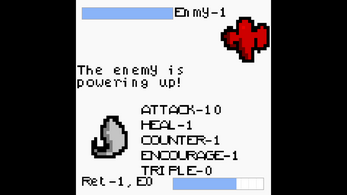 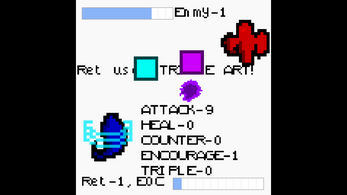 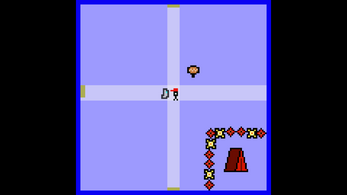